The penultimate round of the 2016 Scottish Rally Championship, organised by Stonehaven and District Motor Club, was a brand new rally, with a brand new organising team. The rally needed a new logo design, branding design and an exciting new mobile responsive rally website design.

With the last ever Granite City Rally running in 2015, the Scottish Rally Championship needed a new event to fill the gap in their 2016 national rally championship calendar. Into the fray stepped Stonehaven and District Motor Club and in late 2015 plans were put in place to organise and promote the inaugural Grampian Stages Rally. The rally would be the sixth round of the seven round, all gravel rally championship. Based near Banchory on the outskirts of the city of Aberdeen, the rally would provide competitors with over 40 stage miles in the forests of Kincardineshire to the south-west of the city.

This new rally was starting from scratch and required a logo design, branding design and mobile friendly rally website design. With our decades of motorsport experience, and having designed and built both the outgoing Granite City Rally website and the current Scottish Rally Championship website, we were both delighted and excited to be asked to be a part of this high profile, high octane project.

We began the project by designing a new logo for the Grampian Stages Rally. The organising team wanted a design which was clean, modern and sympathetic to the branding of the main event sponsor, Coltel Communications.

We sampled the colours from the Coltel logo and used the blues and greys as the primary colours for the Grampian logo. The final design features a dynamic, graphic mountain range motif and strong, modern typography within a traditional rally plate. The rally plate also includes the Stonehaven and District Motor Club logo, Scottish Rally Championship logo and Coltel Communications logo.

The finished rally plate logo design was applied to stickers, which adorned each of the competitors cars, all of the event paperwork, start/finish ramp and of course, the new mobile responsive Grampian Stages website design.

Full support and WordPress training was provided to the Grampian Stages organising team who immediately began updating the new website, with fresh content and all the very latest rally news. The new rally website design also proved successful in attracting and retaining new event sponsors and supporters for the fledgeling motorsport event. Sponsor logos and links were tightly integrated into the design of the website to provide even better value for those supporting the rally. 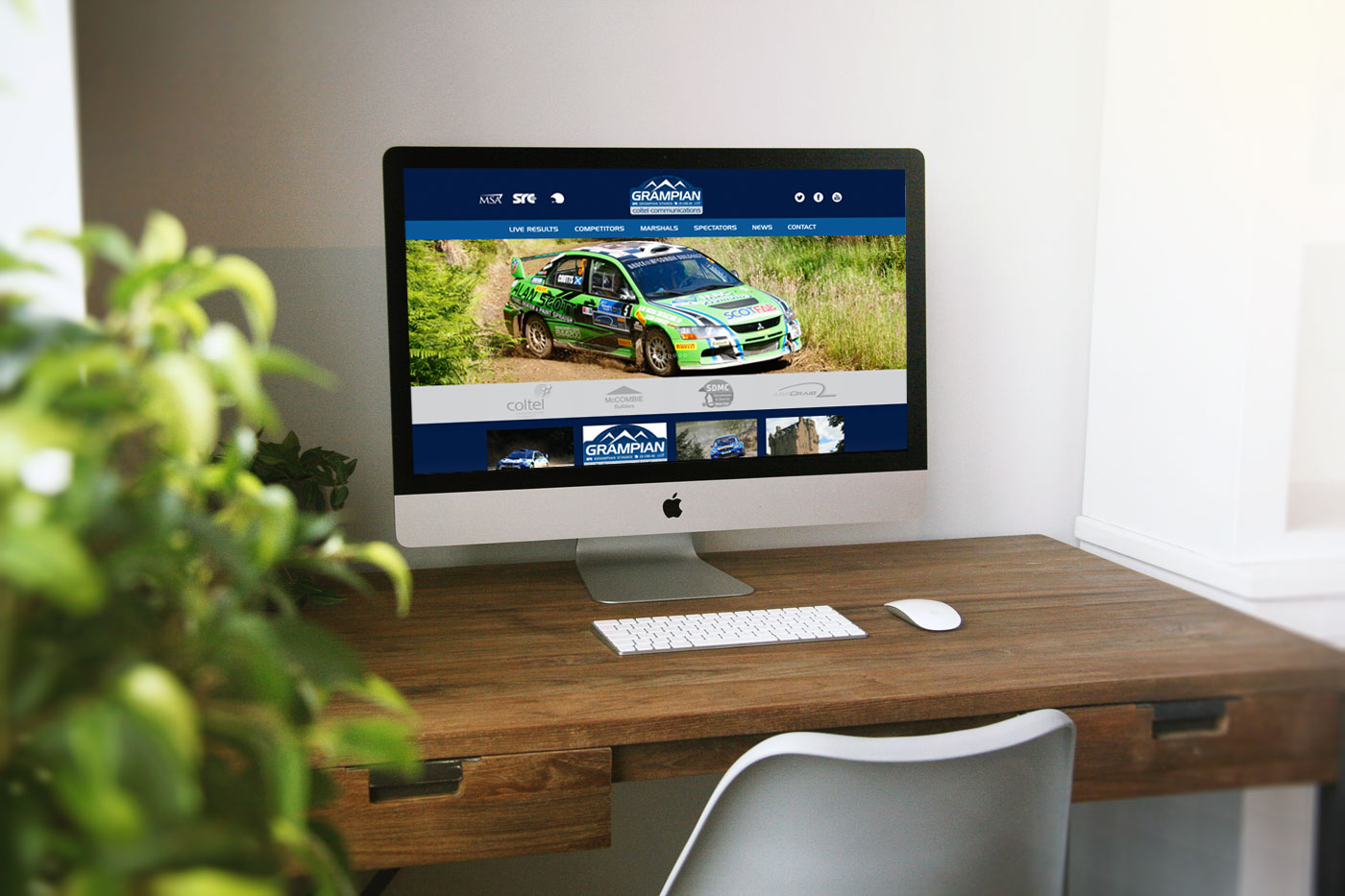