With top flight motorsport returning to the Argyll peninsula after a near fifteen year break, the Argyll Rally became the fifth round of the 2017 MSA Scottish Rally Championship. This brand new event was organised by a brand new team of dedicated volunteers, principally made up of members of Mull Car Club. This new rally needed a new rally logo design, rally branding design and a new mobile responsive motorsport website design.

Rallying is synonymous with the forests of Argyll but it had been sadly absent since 2003. In late 2016, the members of Mull Car Club decided that top flight motorsport should return to Argyll and Bute. With a date available in the 2017 MSA Scottish Rally Championship, Scotland’s premier rally series, plans were drawn up to create a challenging rally, utilising classic stages from yesteryear. The new rally, based in Dunoon, would offer competitors a total of 45 stage miles, spread across eight classic rally stages.

Funding and support was obtained from Dunoon Presents, the Dunoon Business Improvement District project where local businesses work together for the benefit of the business environment in Argyll. The Dunoon BID is driven by private sector businesses but does also benefit from the support of the local authority. The organisation focuses on event management projects and marketing, branding and promotion projects.

The 2017 Argyll Rally was a brand new event and the organising team were starting the planning process with a blank sheet of paper. The event needed a new rally logo design, rally branding design and a mobile friendly motorsport website design. Having worked with the organisers of the Legend Fires North West Stages Rally, Plains Rally, North Wales Rally, Granite City Rally, Grampian Stages Rally, South Of Scotland Car Club and the Scottish Rally Championship, to name but a few, we were the natural choice for this motorsport design project.

The project commenced with our founder and lead designer, Quentin James, researching the history of rallying in Argyll & Bute and the surrounding area. It was agreed with the client and stakeholders that the new rally logo design and rally branding designs should have a ‘retro feel’ and echo the rich history of motorsport in Argyll. The resulting rally logo design had to promote not only the event itself, but also add value for the main sponsor, Dunoon Presents.

We incorporated the Dunoon Presents branding, colours and fonts into the subsequent rally logo design. Additionally The Argyll Rally logo design features the Scottish Rally Championship logo and the Motor Sports Association logo, the organisation recognised as the governing body of motor sport in Great Britain by the FIA.

The Argyll Rally motorsport website design was created using the free, open source BootStrap framework. Using the Bootstrap framework means that the website is mobile friendly and fully responsive – it adapts to the size and resolution of the screen or device being used to view it – presenting the information in the optimum layout for any given user, at any given time.

Mull Car Club members and rally officials needed the ability to update their new motorsport website design in-house, so we built the new website using the free open source content management system WordPress. Whilst we offer full support and WordPress training, the Argyll Rally officials were already familiar with this content management system, so began to update and add content to their new website immediately.

We used our extensive connections within British motorsport to source historical photographs, taken at rallies run in the Argyll forests, during the 1970’s 80’s and 90’s. Many of these classic images of Rallying in the area are used throughout the new website. 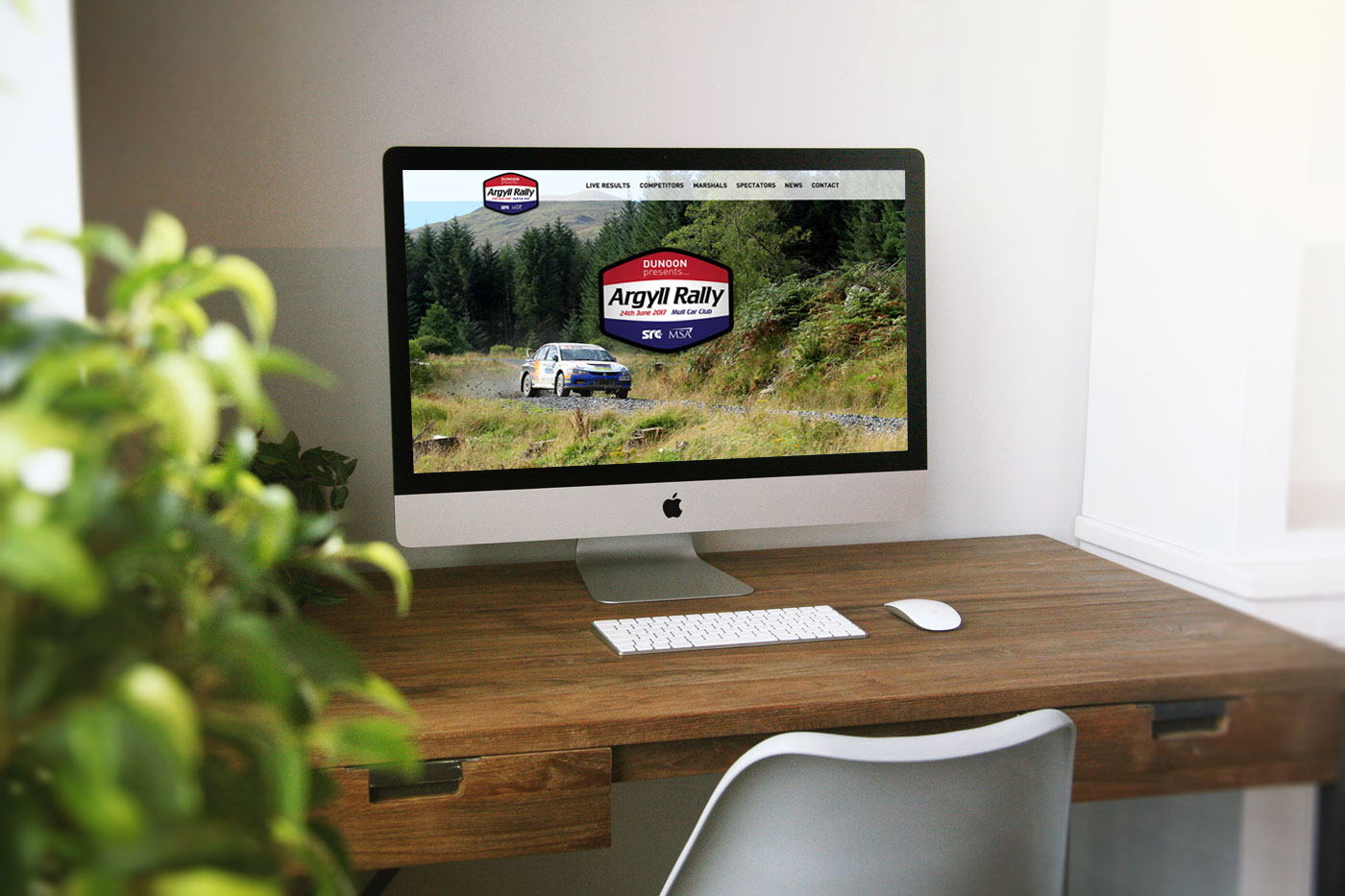